Paul Moody
Leading Long-Distance Moving Container Service
U-Pack is a highly rated moving container company famous for its low-cost moving cubes and flexible services. In our in-depth U-Pack review, we’ll explain how the company works and how it measures up to the competition. We’ll cover everything from U-Pack’s cost to its policies, reputation, and more.

Relocating across the country can be costly. Long-distance moves with full-service moving companies can run as high as $12,000. But not everyone needs such a high level of service. Working with one of the best moving container companies, like U-Pack, can be a great way to reduce your moving costs.

In our review, we’ll take a close look at U-Pack’s:

If you’re on the hunt for a budget-friendly moving company, U-Pack provides a DIY option with rave customer reviews. We’ve done in-depth research to answer your questions about U-Pack’s services, what it’s like to use its ReloCube moving containers, pricing details, and helpful tips for working with the company.

U-Pack is considered a long-distance moving container company. Instead of hiring a traditional team of movers with a truck, container companies give you the flexibility to pack and store items without the cost of the extra labor. While this may sound like a novel way to move compared to using a full-service moving company, U-Pack has been around since 1997. They’ve built a strong reputation over their 20+ years of experience providing thousands of moves.

Here’s how it works:

While this does save money, packing a container by yourself is not for everyone. Here are a few crucial pros and cons to know about the company before we dive in deeper:

Can U-Pack Move Me?

Save time and get the answers you need right away with a free quote from U-Pack.

Get My Free Quote

Here’s a quick look at U-Pack compared to some of its biggest competitors:

It’s not uncommon to worry about scams when hiring something as important as a moving company. Luckily, U-Pack has received top marks for reliability, communication, and transparency about pricing.

We’ll walk you through the free quote process so you know what to expect:

One thing we love about U-Pack is its easy estimate process. Enter your origin, destination, and the size of your home, and U-Pack will provide an instant estimate. You don’t even have to enter your email address.

Once you start your reservation, you have the option to make changes to your moving and delivery preferences. Past customers have also reported success working on the phone with a representative for specific company offers.

Once you lock in the price with a credit card, there are no hidden fees. But your price can change if you update your moving needs before your move date.

Unlike a full-service moving company or truck rental, U-Pack is very clear about the costs for its interstate and cross-country moves. Without add-ons like packing, supplies, and loading labor, you know exactly where your money is going.

The reservation form breaks down your guaranteed price in detail, including:

Pay for What You Use

One of the best details about U-Pack pricing is that you only pay for the space and containers you use. If you overestimate the space you need and never fill a ReloCube or part of the container, you won’t be charged for using all of it. Use U-Pack’s space estimator to get started.

You are only charged for your move after the designated ABF U-Pack driver picks up your container and confirms the space used.

U-Pack’s straightforward pick-up and drop-off process means there are fewer opportunities for things to go wrong compared to working with a full-service mover. Many U-Pack reviews praise the company for its clarity and customer service. While there are a few reviews that mention mishaps like delayed shipping or incorrect drop-off locations, the majority of the sentiment is positive.

Here are some key policies you should know about your move with U-Pack:

It’s easy to break down the price of your move by requesting a free quote on U-Pack’s site. Typical pricing for U-Pack moves range anywhere from $700 to $5,000, depending on a number of factors, as outlined below.

We requested a few quotes on their site to give you a sense of U-Pack’s pricing:

Note: These estimates may not reflect the actual cost of your move. To find out what your move will cost, simply request a free quote.

A credit card is required to hold your reservation, but you are only changed after the container is picked up. This allows the company to determine how much space was actually used.

The charge itself can be paid with the original card or by PayPal and must occur before the container arrives at your new home. The company does not accept cash or checks.

While the company is relatively straightforward, there are a few things that can affect your final price after receiving a quote, including:

Who is U-Pack Best For?

Based on their price structure, U-Pack is ideal for customers who are comfortable doing all the loading and unloading on their own. The company will recommend trusted packing or loading companies, but it is not included in the U-Pack price. Those looking to save money on long-distance moves will love U-Pack’s price flexibility.

U-Pack is not considered a full-service company. For services like packing, unpacking, and loading the truck, you’ll need to hire an extra set of hands or do it on your own.

Allowing the customer to pack and unpack the container themselves lowers the final cost, especially for long-distance moves. Here’s an overview of the services that U-Pack does provide and how it all works:

U-Pack is considered a broker, because it doesn’t own its own fleet of moving trucks. The company pairs up with ABF freight to pick up the shipping containers and drive them to your location. It does, however, manage the whole process from start to finish. Unlike other moving brokers, where you will typically work with a third-party, you will work with U-Pack throughout the entirety of your move.

U-Pack only handles moves of more than 150 miles that cross over state lines. They do not provide local or intrastate moving services. The basic service includes:

You are responsible for loading and unloading the container within the three-day pick up and drop off windows.

When you request a free quote, use the online tool to determine how much packing space you’ll need. U-Pack offers two main options:

Rent multiple ReloCubes or a large trailer depending on price efficiency and the size of your home.

If you need to keep your items in storage longer than the moving window, U-Pack does offer a monthly storage option for a premium charge. Storage with U-Pack costs $150 per 30 days per container in a non-climate controlled space. Your belongings will be stored at a U-Pack facility, not your home. Additionally, you will not have access to your items while they are in storage with the company.

U-Pack offers a number of add-on and premium services, which you can select to best meet your needs:

U-Pack  really shines in the DIY moving market. It does not claim to offer help with loading or unloading your items, and it does not provide extra services like packing. However, its long-term partnership with ABF Freight means you don’t have to worry about unreliable transport of your items or unexpected costs along the way.

U-Pack has been operating for over 20 years. They’ve kept their system simple for years. As of 2017, they’ve completed over 1 million moves.

Since U-Pack does not own a fleet of moving trucks, it partners with ABF Freight, an award-winning trucking company that is highly trusted in the transportation industry.

Like other companies, U-Pack reviews vary from location to location. Even so, U-Pack has received an above-average number of positive reviews from past clients.

As of October 2021, the company had the following reviews:

U-Pack Made It Easy 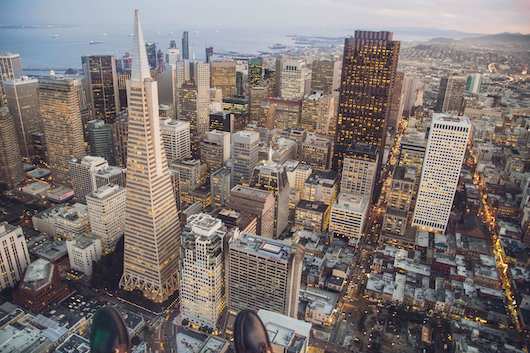 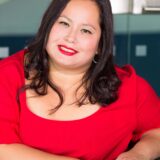 Easy to book, flexible and priced right. Every single person I spoke to was extremely helpful and kind. I was amazed at how helpful everyone was. Moving is stressful. U-Pack made it easy.

Get a Free Quote

Here are some of the most common compliments and complaints for U-Pack:

Let’s take a closer look at these compliments and complaints by examining some real customer reviews:

Many customers that tackled large-scale moves were pleased with their U-Pack experience.

For example, one client from Yelp outlined a complex move from Florida. The ReloCubes were easy to book, arrived on time, and made it to their new home in 14 days—the beginning of their predicted window. The customer was also able to track their process online from the quote to the moving day.

It’s important to note that of the few negative reviews in the category, the most consistent complaint regarded last-minute cancellations.

It appears that many customers are attracted to U-Pack for their cost-saving flexibility. Money does come up a lot in reviews, almost always in a positive light.

For example, Alan S. on BBB reported, “Not only was the price a fraction of what I am used to paying, but the customer service was outstanding and the drivers I dealt with were first-class experts.”

Other customers were pleasantly surprised to have their prices matched, lowered for making small changes, or significantly lower than its competitors.

Outside of scheduling issues, which we’ll go into more below, customers raved that U-Pack is:

Since the company does not handle packing or loading services, general efficiency doesn’t play as large a role in the reviews as other companies.

It’s hard to find any complaints about damaged items that don’t involve third parties occasionally hired by U-Pack for certain areas of the country. In most cases, reviewers were impressed that there were not damaged or disturbed items when the truck arrived.

If you are concerned about fragile items or a particularly long move, the extra liability insurance is worth the cost for the rare instance of damage.

The largest issue we spotted in the reviews was a delay in receiving packed shipping containers after pickup. Several customers on Google and Yelp mention that the driver missed the delivery window by several days.

On BBB, we noted a customer complaining that their cube had yet to arrive. The customer noted, “I was told 3-5 business days to transport our belongings from St. Louis to Phoenix. It’s going on 8 business days and our belongings aren’t delivered.” In this case, BBB shows that U-Pack responded to the customers’ concerns with an update on their shipment and offered compensation for the missed delivery window.

Even so, many other customers have praised the company for maintaining pick up and drop off schedules according to plan.

Is U-Pack cheaper than PODS?

If you’re moving long-distance, U-Pack is a great way to save money. However, since PODS handles local moves at a comparatively low price, U-Pack will often recommend switching over if you don’t meet the minimum mileage requirements.

How big is a Relocube?

Can I park a Relocube in a city?

ReloCubes and trailers can be dropped off in any U-Pack-available city as long as you meet the parking measurement requirements. You should always check with your local parking administration. In many cases, you will need to purchase a permit for long-term parking within a city.

Get a Free U-Pack Quote

If you’re looking to cut costs of a cross-country move and have the manpower to load and unload the container yourself, U-Pack is a dependable and time-tested business. However, we always recommend comparing quotes from at least three moving companies to get the services and rates for your needs.

Get A Free Quote